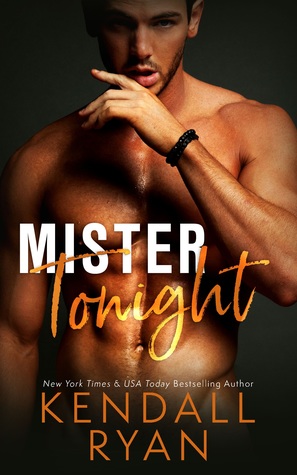 Last night was the most embarrassing night of my life.I was that girl.You know, the highly intoxicated chick celebrating her thirtieth birthday with her two best friends—who are happily married. And the more I drank, the more I wanted to do something reckless to celebrate.By reckless, I mean the sexy and alluring man dressed in a business suit standing near the bar. You know his type—tall, dark, handsome. I was sure he was out of my league, but I’d had just enough alcohol that things like that no longer seemed to matter. I’m not fat, mind you, but you can tell I like french fries, so there’s that.He took me home, and I enjoyed the hottest birthday sex of my life. Well, until it came to a screeching and rather unwelcome halt.There’s nothing quite like being interrupted mid-ride with a little voice asking, “What are you doing to my daddy?”Just kill me now . . . or so I thought.Come to find out, the man I rode like a bull at the rodeo is my new landlord.

Single dad Hunter is going to make you want to find your own single dad out there.

First, a devoted father who is incredibly fun, cute and just straight up adorable with his daughter is a plus in any book.

Kate is a 30 year old woman who is starting her dirty thirties with a little fun of hooking up with a handsome stranger who happens to be Hunter.

Hunter & Kate's chemistry is electrifying as soon as they meet.

I enjoyed how Kate was the one to initiate Hunter for a casual sexual relationship.

This book was a quick and enjoyable read that had me laughing and swooning and of course fanning myself from the hotness that poured off the pages.

A New York Times, Wall Street Journal, and USA Today bestselling author of more than two dozen titles, Kendall Ryan has sold over 1.5 million books and her books have been translated into several languages in countries around the world. She's a traditionally published author with Simon & Schuster and Harper Collins UK, as well as an independently published author. Since she first began self-publishing in 2012, she's appeared at #1 on Barnes & Noble and iBooks charts around the world. Her books have also appeared on the New York Times and USA Today bestseller lists more than three dozen times. Ryan has been featured in such publications as USA Today, Newsweek, and InTouch Magazine.

Visit her at: www.kendallryanbooks.com for the latest book news, and fun extras