Marry Me Mad by Katy Regnery

Blurb:
Did you fall in love with The English Brothers? Were you hot for the Winslows? Katy Regnery's New York Times bestselling Blueberry Lane series continues with The Rousseau siblings in 2016!
For as long as Madeleine “Mad” Rousseau can remember, she’s been the “sweet” twin to her sister Jax’s “sassy.” But after an especially painful break-up, Mad decides she’s had enough of being sweet. Children’s librarian during the day, she begins visiting Philly’s seedier nightspots on a quest for adventure. When Cortlandt “Cort” Ambler, the ex-boyfriend of Mad’s sister, Jax, saves her from disaster on one such evening, an unlikely friendship is born between the rebellious librarian and the moonlighting pianist…and two broken hearts begin a journey toward being whole again. Get to know the families of Blueberry Lane! *All books in The Blueberry Lane Series can be enjoyed as standalone novels.*

Yes I am truly loving this series by author Katy Regnery.

Ever book she writes has me swooning hard and just feeling like I stepped into a world that is full of hunky men who are waiting to be my knoght in shiny armor!

Loved this story of  Mad and Cort's story.

Full of romance, passion, and such well descrptive stories that will have you like I was which was wishing I could find my one and only.

I really liked how Katy gives us great build up and details on the story she is delivery and never leaves us thinking what if.  It is a refreshing feeling to read stories that are well developed and executed to have us FEEL & SWOON HARD!  Yep my cherries were popping from all the love that was pouring off the pages!

Super Romantic Book that will have you looking for your own Cort to claim!

Make sure you don't miss the start of the Rousseau series! Jonquils for Jax is now available!

New York Times and USA Today bestselling author Katy Regnery started her writing career by enrolling in a short story class in January 2012. One year later, she signed her first contract and Katy’s first novel was published in September 2013. Twenty-five books later, Katy claims authorship of the multi-titled, New York Times and USA Today Blueberry Lane Series, which follows the English, Winslow, Rousseau, Story, and Ambler families of Philadelphia; the six-book, bestselling ~a modern fairytale~ series; and several other standalone novels and novellas. Katy’s first modern fairytale romance, The Vixen and the Vet, was nominated for a RITA® in 2015 and won the 2015 Kindle Book Award for romance. Katy’s boxed set, The English Brothers Boxed Set, Books #1–4, hit the USA Today bestseller list in 2015, and her Christmas story, Marrying Mr. English, appeared on the list a week later. In May 2016, Katy’s Blueberry Lane collection, The Winslow Brothers Boxed Set, Books #1-4, became a New York Times E-book bestseller. In 2016, Katy signed a print-only agreement with Spencerhill Press. As a result, her Blueberry Lane paperback books will now be distributed to brick and mortar bookstores all over the United States. Katy lives in the relative wilds of northern Fairfield County, Connecticut, where her writing room looks out at the woods, and her husband, two young children, two dogs, and one Blue Tonkinese kitten create just enough cheerful chaos to remind her that the very best love stories begin at home

Posted by CherryRed's Reads at October 28, 2016 No comments:
Email ThisBlogThis!Share to TwitterShare to FacebookShare to Pinterest

Your wedding day is supposed to be the happiest day of your life, right? That’s what they say, at least. I went into that day hoping I’d get the happiest day of my life. What I got? The worst. I mean, you really can’t get any worse of a day without someone actually dying.

So…I may have gotten just a little drunk, and maybe just a tad impetuous…

And landed myself in a dive bar somewhere in Alaska, alone, still in my wedding dress, half-wasted and heart-broken.

Sounds like the beginning to a bad joke, yeah?

I kinda think so.

Wanna hear another joke? A girl walks into a bar, soaking wet and wearing a wedding dress.

I knew I shouldn’t have touched her. She was hammered, for one thing, and heartbroken for another. I’ve chased enough tail to know better. That kinda thing only leads to clinginess, and a clingy female is the last thing on this earth I need.

I got a bar needs running, and only me to run it—at least until my seven wayward brothers decide to show their asses up…

Then this chick walks in, fine as hell, wearing a soaked wedding dress that leaves little enough to the imagination—and I’ve got a hell of an imagination.
I knew I shouldn’t have touched her. Not so much as a finger, not even innocently.

Posted by CherryRed's Reads at October 28, 2016 No comments:
Email ThisBlogThis!Share to TwitterShare to FacebookShare to Pinterest
Labels: Jasinda Wilder, Must Reads, New Releases, The Next Step PR

COVER REVEAL: After We Fall by Melanie Harlow 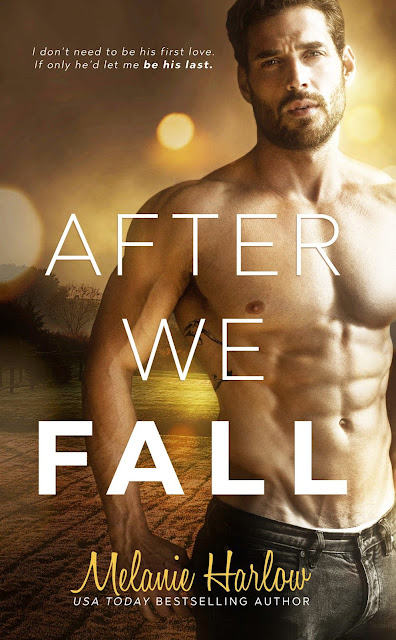 SIGN UP HERE to be notified when After We Fall is LIVE on amazon! http://bit.ly/1HY7Z75 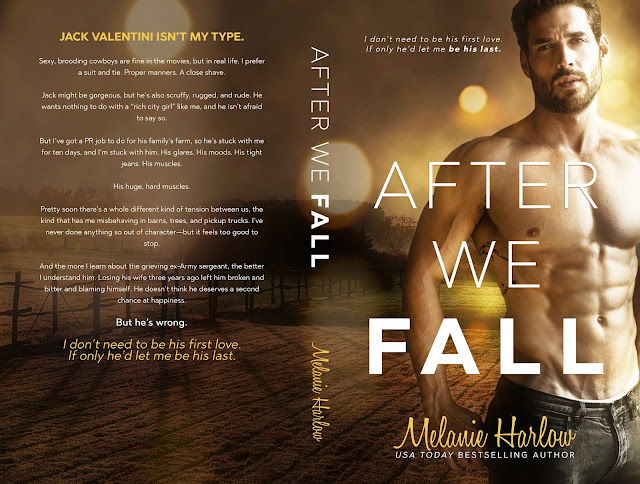 Sexy, brooding cowboys are fine in the movies, but in real life, I prefer a suit and tie. Proper manners. A close shave.

Jack might be gorgeous, but he’s also scruffy, rugged, and rude. He wants nothing to do with a “rich city girl” like me, and he isn’t afraid to say so.

But I’ve got a PR job to do for his family’s farm, so he’s stuck with me and I’m stuck with him. His glares. His moods. His tight jeans. His muscles.

Pretty soon there’s a whole different kind of tension between us, the kind that has me misbehaving in barns, trees, and pickup trucks. I’ve never done anything so out of character—but it feels too good to stop.

And the more I learn about the grieving ex-Army sergeant, the better I understand him. Losing his wife left him broken and bitter and blaming himself. He doesn’t think he deserves a second chance at happiness.

I don’t need to be his first love. If only he’d let me be his last.

SURPRISE COVER REVEAL: IN THIS LIFE by Christine Brae

Wanting to escape her life in New York City before starting medical school in the fall, Anna Dillon convinces her best friend Dante to travel with her to Thailand on a medical mission. While volunteering in a coastal village recently ravaged by a tsunami, Anna meets Jude Grayson. They share an instant attraction that leads to a brief, passionate affair. When she has to rush home for a family emergency, he promises to stay in touch.

But Jude never calls, and Anna tries desperately to forget him.

Five years pass, and Anna finally moves on with Dante after giving up hope that Jude will ever return—until they come face to face again in a chance encounter. Reeling, Anna discovers the life-altering secret of why Jude never contacted her—and why they can’t be together. But the passion that ignited between them on an exotic beach years ago never died, making it impossible to stay away from each other.

And Dante? Anna discovers that the friend she grew to love—and trust—has a secret of his own.

Christine Brae is a full time career woman who thought she could write a book about her life and then run away as far as possible from it. She never imagined that her words would touch the hearts of so many women with the same story to tell. That’s what happened with her first book, The Light in the Wound, published in July, 2013. Her second book, His Wounded Light was released in December, 2013.

Christine's third book, Insipid, is a standalone that was released in June, 2014. Christine’s fourth book, In This Life was released in January, 2016 and has been optioned for film and TV rights by Adrian Bellani.

When not listening to the voices in her head or spending late nights at the office, Christine can be seen shopping for shoes and purses, running a half marathon or spending time with her husband and three children in Chicago.