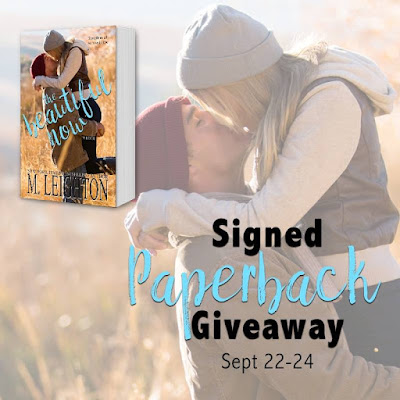 Author M. Leighton has a new book coming out!

I am honored and super excited to be giving away a Signed Paperback Copy!

As you know, I am a BIG fan of Michelle Leighton books and this book just literally stole my heart & breathe away!

You don't want to miss reading this story!

To Enter this Giveaway for a chance to win a Signed Paperback, Please do the following:

🍒 Change your Profile picture on Facebook, Twitter to the picture below and then fill out the Rafflecopter letting me know that you did so.

🍒 Extra entry for adding the book to your Goodreads TBR List here: 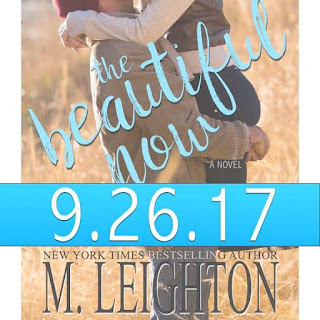 Also You have more chances to win a Signed Paperback from other Amazing Bloggers that are sharing the love of M. Leighton upcoming release here by clicking below:

Tsk, Tsk, What to Read Blog

REVIEW: The Outskirts by T.M. Frazier

The Outskirts by T.M. Frazier

Sawyer wants a life of her own.
Finn wants to forget he ever had one.
After a tragedy, Finn Hollis escapes
into the swamp to be alone.
That is until Sawyer Dixon shows up,
all SCORCHING HOT innocence,
claiming she owns the land less than
fifty feet from his front door.
Sawyer gets under his SKIN, but even worse?
She makes him WANT things.
Things Finn hasn’t wanted in a very very long time.
Finn WANTS Sawyer gone.
Almost as much as he wants her in his BED.
The Outskirts is Book One in the Outskirts Duet.

Okay, so just reading the blurb I was intrigued on who these characters would be and where the story would take me.

Well, boy did this story take me on a wonderful, sexy, mysterious, breathtaking adventure in the story of Finn & Sawyer.

I loved finding out who these characters are beginning with Sawyer's innocence and Finn's destructive past that kept me captivated from start to finish.

I am soo looking forward to what will happen next and glad that the wait will not be a long one!

T.M.Frazier is a USA TODAY bestselling author. She resides in sunny Southwest Florida with her husband and her young daughter. When she’s not writing she loves talking to her readers, country music, reading and traveling. Her debut novel, The Dark Light of Day was published in September of 2013 and when she started writing it she intended for it to be a light beachy romance. Well…it has a beach in it!

Facebook: https://www.facebook.com/TMFRAZIERBOOKS/
Twitter: @TM_Frazier
Stay up to date with T.M. by signing up for her newsletter today:
http://www.subscribepage.com/tmfraziernewslettersignup
http://www.tmfrazierbooks.com
Posted by CherryRed's Reads at September 22, 2017 No comments:
Email ThisBlogThis!Share to TwitterShare to FacebookShare to Pinterest
Labels: Reviews, TM Frazier

I’m writing this letter because it’s highly doubtful I’ll ever garner the courage to say this to your face.

We’re totally wrong for each other. You’re the proper single mum with a good head on your shoulders. I’m just the carefree British doctor passing through town and temporarily living in your converted garage until I head back to England.

But here’s the thing… for some bloody reason, I can’t stop thinking about you in very inappropriate ways.

The only reason I’m even admitting all of this to you right now is because I don’t believe it’s one-sided. I notice your eyes when you look at me, too. And as crass as I appear when we’re joking around about sex, my attraction to you is not a joke.

So, what’s the purpose of this note? I guess it’s a reminder that we’re adults, that sex is healthy and natural, and that you can find me just through the door past the kitchen. More specifically, it’s to let you know that I’m leaving said door cracked open from now on in case you’d like to visit me in the middle of the night sometime.

It’s doubtful I’ll even end up sliding this letter under your door anyway.

This book is everything!

I got hooked in love with Simon as soon as he spoke through the pages of this book.

Yozzers! Talk about falling hard for a sexy, smart, independent, british accent, attractive doctor who can sweep you off your feet but just saying the simplest words that make your panties melt off.

Yep Simon totally did it for me!

I loved this story.

Bridget is a woman who meets Simon in an embarrassing situation that turns into fate for the two of them.

I loved how their journey of  discovering each other as well as themselves was filled with lust, love, mystery and many surprises and twists that left me feeling fully entertained.

Just such a well written story that will warm your heart and leave you breathless.

Penelope Ward is a New York Times, USA Today, and #1 Wall Street Journal Bestselling author of thirteen novels. With over a million books sold, her titles have placed on the New York Times Bestseller list seventeen times. She is the proud mother of a beautiful 12-year-old girl with autism (the inspiration for the character Callie in Gemini) and a 10-year-old boy. Penelope, her husband, and kids reside in Rhode Island.
Facebook Fan Group | Facebook | Website |Twitter | Instagram

Vi Keeland is a #1 New York Times Bestselling author. With more than a million and a half books sold, her titles have appeared in over eighty Bestseller lists and are currently translated in seventeen languages. She lives in New York with her husband and their three children where she is living out her own happily ever after with the boy she met at age six.

It's what he said to me across his altar, what he demanded so that I would be pure.

In the moment he blessed me with his virtue, I was no longer the woman I'd once been.

His bridge to Heaven's gate.

I failed him because my faith was not strong enough.

He punished me for not giving in. Resisting temptation is never easy.

Not when his hands, his teeth, his heat and hunger were the greatest of my sins.

Lily White is a dark writer who likes to dabble on the taboo side of eroticism. She is most known for her Masters Series (Her Master’s Courtesan and Her Master’s Teacher), Target This, Hard Roads, and Asylum. She’s co-authored Serial (a four part serial series). When she isn’t writing as Lily White you can find other books by her under M.S. Willis where she has penned the Control Series, the Estate Series, Because of Ellison (contemporary romance), and Standard Romance Story (Romance Comedy).

Lily enjoys stretching her writing muscles by continuing to challenge herself with each book she publishes. In addition to writing, Lily is an avid reader, gummy bear slayer, and a gold medalist in puppy naps.

Click HERE to participate in the Release Day Promotion!