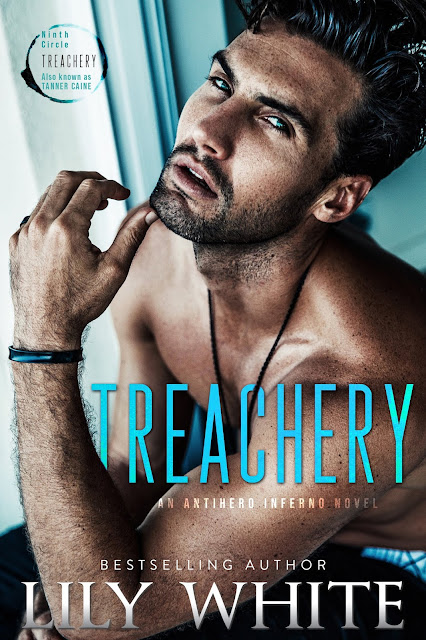 Some monsters are frightening because they kill and maim without remorse. Some are scary because they get in your head and make you doubt everything you believe you know about the world around you.  Tanner is terrifying because it takes nothing at all for him to set his sights on you, to ignite his anger and draw his attention. And instead of simply destroying you physically or mentally, he is the type of monster who will alter your entire world and leave you struggling to breathe while watching it all come tumbling down.  He leaves you alive to witness the chaos. He leaves you drowning while he storms off, satisfied that there isn’t so much as a shred of what you once had left for you to cling onto. Maybe monster is the wrong word.  It’s too simple.  Too ordinary.  Other men are monsters.  Lesser men are monsters.  Not Tanner. Tanner is a maelstrom.  He frightens me now even more than he had at Yale. I try to lie to myself and swear the fear has everything to do with the money I will lose.  But there’s something else, something deeper, something shadowed and burning with fierce carnal desire that lingers like a fog within my core.  Memories collide with the present, the aching I feel every time Tanner is nearby.  Because it hadn’t been easy to avoid him so many years ago.  It had been a fight, a war, a bloody battle occurring inside me. 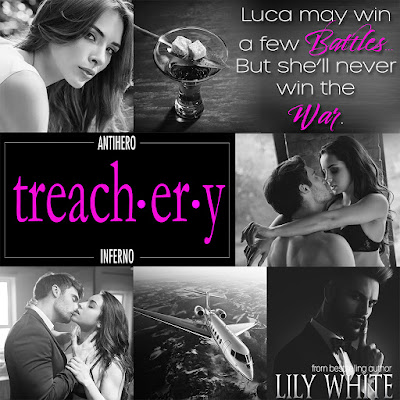 Posted by CherryRed's Reads at May 19, 2020
Email ThisBlogThis!Share to TwitterShare to FacebookShare to Pinterest
Labels: Cover Reveal, Lily White, Treachery