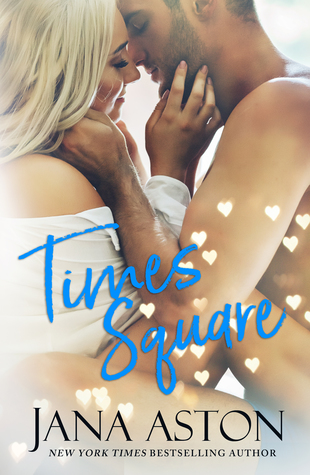 
A STANDALONE romance from New York Times bestselling author Jana Aston
Once in a while right in the middle of an ordinary life, love gives us a fairy tale.
I saw that quote about fairy tales embroidered on a decorative pillow at a home decorating store. Honestly, it pissed me off. Retail propaganda aimed to promote sales when any single girl in the city could tell them they’d sell more if they’d offer Keep Your Pants On, Asshole instead.
But it’s fine. I don’t have room for decorative pillows anyway.
And I don’t have time for distractions.
Which is why I’m ignoring the distraction staring at me right now. The one who looks like he belongs on a billboard campaign. The one with the full lips and the cocky smile. The one refusing to look away even when I give him my best no way scowl.
The one headed in my direction. Right now.
*Times Square was previously published inside the Love In Transit anthology. 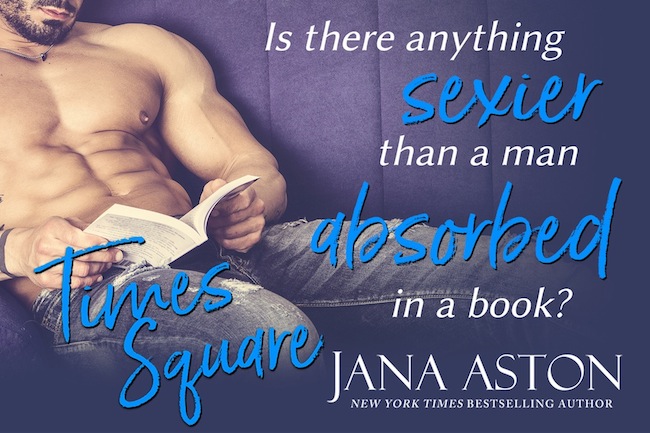 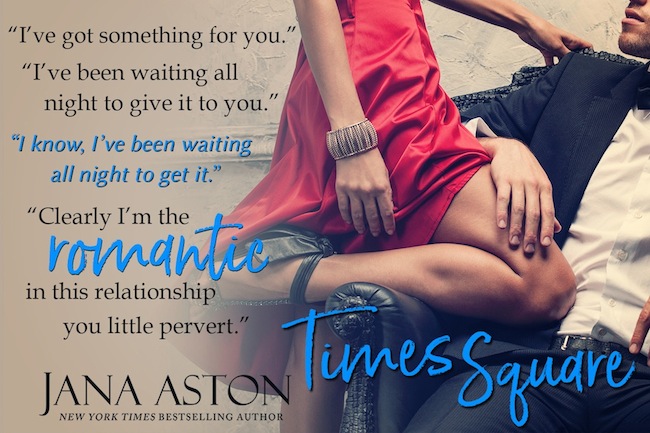 
Jana Aston likes cats, big coffee cups and books about billionaires who deflower virgins. She wrote her debut novel while fielding customer service calls about electrical bills, and she's ever grateful for the fictional gynecologist in Wrong that readers embraced so much she was able to make working in her pajamas a reality. Jana’s novels have appeared on the NYT, USA Today and Wall Street Journal bestseller lists, some multiple times. She likes multiples.