COVER REVEAL: From The Ruins by Janine Infante Bosco 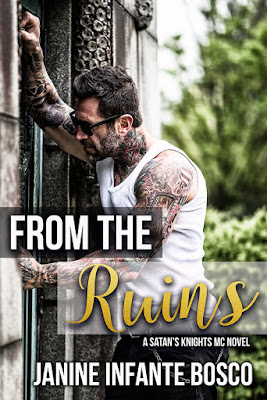 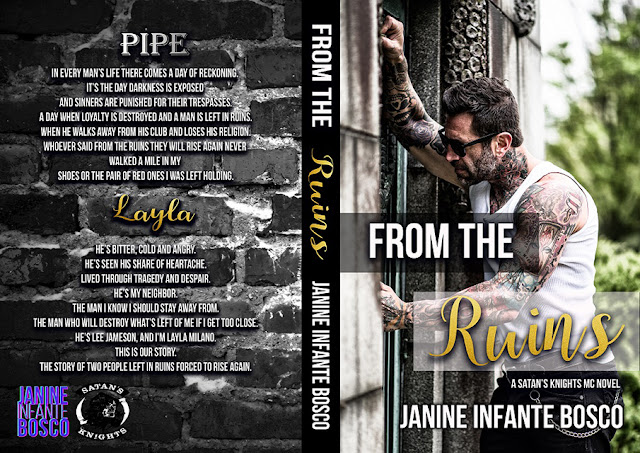 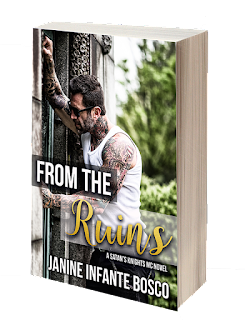 ¸.•´✶SYNOPSIS¸.•´✶
Pipe
In every man’s life there comes a day of reckoning. It’s the day darkness is exposed and sinners are punished for their trespasses.
A day when loyalty is destroyed and a man is left in ruins.
When he walks away from his club and loses his religion.
Whoever said from the ruins they will rise again never walked a mile in my shoes or the pair of red ones I was left holding.
Layla
He’s bitter, cold and angry.
He’s seen his share of heartache.
Lived through tragedy and despair.
He’s my neighbor.
The man I know should stay away from.
The man who will destroy what’s left of me if I get too close.
He’s Lee Jameson, and I’m Layla Milano.
This is our story.
The story of two people left in ruins forced to rise again.
***NOTE: Contains explicit sexual situations, violence, offensive language, and mature topics. Not recommended for people under the age of 18***
#FromTheRuins #GetRuined #RiseUp  #SmokinPipe #SatansKnightsMC 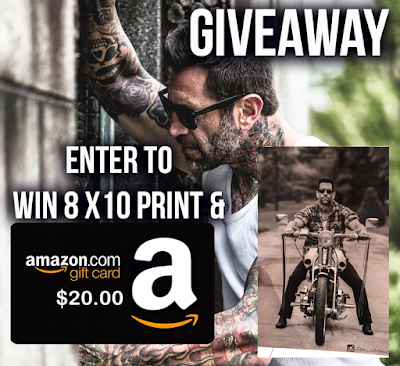 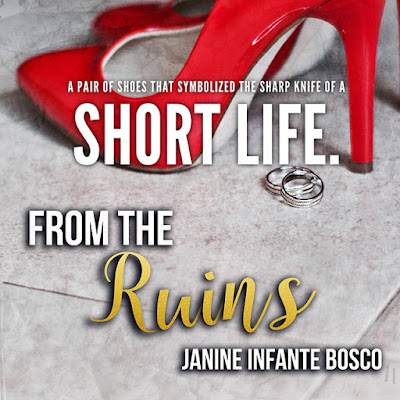 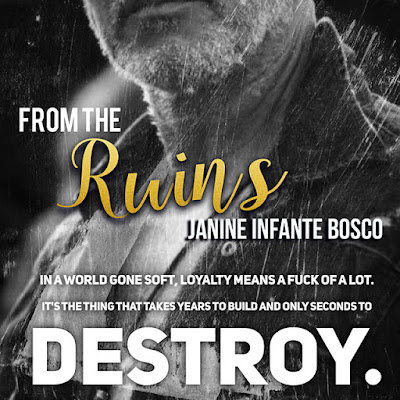 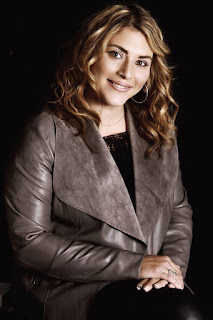 .•´✶ABOUT AUTHOR JANINE INFANTE BOSCO¸.•´✶
Janine Infante Bosco lives in New York City, she has always loved reading and writing. When she was thirteen, she began to write her own stories and her passion for writing took off as the years went on. At eighteen, she even wrote a full screenplay with dreams of one day becoming a member of the Screen Actors Guild.
Janine writes emotionally charged novels with an emphasis on family bonds, strong-willed female characters, and alpha male men who will do anything for the women they love. She loves to interact with fans and fellow avid romance readers like herself.
She is proud of her success as an author and the friendships she’s made in the book community but her greatest accomplishment to date would be her two sons Joseph and Paul.
¸.•´✶CONNECT WITH JANINE¸.•´✶
Website | Facebook | Twitter | Pinterest | Goodreads |
Newsletter | Amazon | Bookbub.
Posted by CherryRed's Reads at August 07, 2017
Email ThisBlogThis!Share to TwitterShare to FacebookShare to Pinterest
Labels: Cover Reveal, Janine Infante Bosco, Upcoming Books