REVIEW: Pucked Over by Helena Hunting 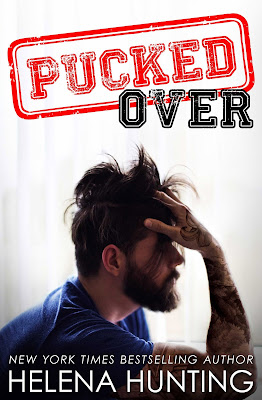 Lily LeBlanc isn’t versed in the art of casual sex, but after seven years in an on-again, off-again relationship, she’s definitely willing to give it a shot. And who better to try it with than her best friend’s boyfriend’s best friend? What could possibly go wrong?
NHL player, Randy Ballistic, lives up to his last name on the ice and in the bedroom. His best friend and teammate has recently given up the puck bunnies and traded them in for a real girlfriend. And she just happens to have a seriously feisty, extra-hot best friend on the rebound. Randy’s more than happy to be Lily’s spring board back into the dating scene.
But casual sex is only casual until those pesky things called emotions get involved. Once that happens, someone’s bound to get pucked over.

Check out this super hot trailer made by +Debra Anastasia

And this was me after reading this book... 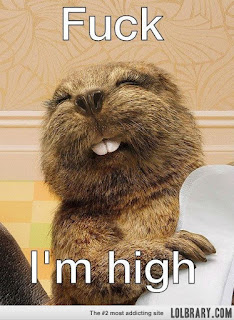 Seriously I am on a super HIGH of loving Randy & Lily's story!!

Okay, if you haven't read this series yet, go 1 click!  Right now!

You don't want to miss out on the hilarious, sexy, filthy mouth characters that Helena Hunting has created.  She knows how to write funny and heart felt characters that you will fall in love with.

Soooo, what do I say without spoiling this book...

Randy Balls trumped Alex Waters for me. Yes I said it.  But I'm not going to lie, I would never turn down either men cause they both just are UNF!

Now admit it, you know the cover has you wanting to know who Randy is right?

Let's look at the pretty again 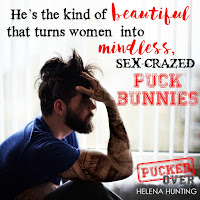 Yep... this teaser says it all.

Randy is everything you want in a man.  He is sexy, funny, bearded, tattooed and has a mystery about him that you can't figure out.  He also has a heart of gold!  He helps his friends without questioning and he does as much as he can to help others.  Also he is all about HOT sex!  Like OMG did I just read he did or said what to Lily?

And that is what Lily does!  Lucky gal!

I loved Lily, she is like Randy in always helping others 1st before herself and when her and Randy get together, they just sizzled off the pages.  Randy shows her how to break out of her shell and learn what it's like to do things that she hadn't done before inside and outside of the bedroom...

Lily and Randy learn from each other that is just not all about sex.  Yes the sex is mind blowing to them, but they realize other things are blown up between the 2 of them and they need to decide if that is what they want.

And Violet is back... well duh, she will always be there.  The words that come out of her mouth always surprise me and leaving me pissing in my knickers!  Gosh I love her smart ass say it like it is mouth.

GO 1 click this book & find out how Randy & Lily turn out and how the gang handle the outcome. 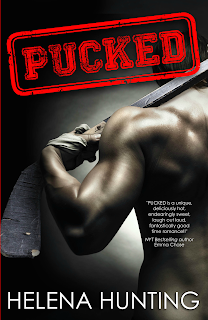 With a famous NHL player for a stepbrother, Violet Hall is well acquainted with the playboy reputation of many a hockey star. So of course she isn’t interested in legendary team captain Alex Waters or his pretty, beat-up face and rock-hard six-pack abs. When Alex inadvertently obliterates Violet’s misapprehension regarding the inferior intellect of hockey players, he becomes much more than just a hot body with the face to match.

Suffering from a complete lapse in judgment, Violet discovers just how good Alex is with the hockey stick in his pants. Violet believes her night of orgasmic magic with Alex is just that: one night. But Alex starts to call. And text. And email and send extravagant—and quirky—gifts. Suddenly, he's too difficult to ignore, and nearly impossible not to like.

The problem is, the media portrays Alex as a total player, and Violet doesn’t want to be part of the game 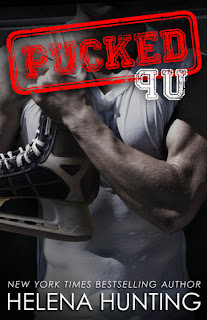 Miller “Buck” Butterson has been banging his way through life ever since a puck to the face fixed his messed up front teeth. After five years in the NHL, deflecting goals on the ice and scoring them with puck bunnies, Miller has decided he’s ready for a girlfriend. A real, non-bunny girlfriend to take on dates, and not jump into bed with after five seconds of conversation.

Miller thinks he’s found that woman in his teammate’s sister. Except, unlike team captain and all-around nice guy Alex Waters—who happens to date his stepsister, Miller’s media reputation as a manwhore is well earned. Beyond that minor detail, Miller doesn’t know the first thing about relationships or the time and effort they require.

Miller learns—eventually—that if he wants to make Sunshine “Sunny” Waters fall for him, he's going to have to do a whole lot more than show her his stick skills in the bedroom.