We're celebrating the release of SPEND THE NIGHT, Episode 3 by Elizabeth Lee! Check out the excerpt below! 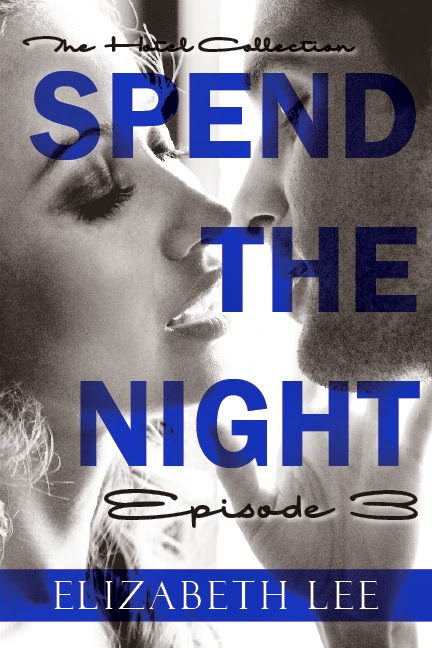 Blurb:
All games must eventually come to an end…
Hannah's new reality is that someone is stalking her. Aggressively. The only question now is who. Fingers are pointed and accusations are made as every clue leads to her down another twisted path of questions without answers. Her feelings for both Carter and Trent cloud her judgment as the investigation delves deeper into her personal life and into her heart. Carter’s past is a mystery and Trent has every reason to try and make her seem crazy. Her loss would be his gain after all.

Expect the unexpected in the thrilling conclusion to the Spend the Night series.

EXCERPT
“Follow me,” I said, taking Carter's hand in mine.  It had been forty-eight hours since I'd learned about Mark's death.  The police investigation hadn't turned up anything, so for the time being the security team was still watching me like a hawk.  Whoever had killed Mark seemed to be laying low, nothing of any concern had happened since.

I was making a concentrated effort to not let everything that had happened affect who I was.  Or who I wanted to be.  I wanted to be the girl that believed the police would do their job and everything would be okay.  I wanted to be the girl that enjoyed the beginnings of a new relationship with a great guy.  Carter had been very supportive over the last couple days.  He'd made sure to check in with me regularly and kept an ever watchful eye out for anything suspicious.

I offered up a playful smile as we made our way down the hall from the Scarlet Ballroom.  The two of us had met with Alison to discuss the menu and table layout for the wedding.  Trent was notably absent.  I hadn't seen him since Carter had whisked me out of the security office.  A part of me knew it was for the best, but another kept waiting for him to rush in and declare his innocence.

Alison was unusually chatty that morning—reiterating how ecstatic she was about becoming Mrs. Crawford.  Luckily, Carter was on his game that morning.  He'd been more accommodating than I felt like being and even had an idea that would make the flow of service move more quickly for the wait staff.  And while a part of me was grateful that he had such an eye for detail, I’d silently cursed myself for not thinking of it in the first place.  Just another sign that my head wasn't in the game like it used to be.  I was supposed to be groomed and ready to take over as the C.O.O. of The Wellesley-Crawford Hotel, not flouting around like some rookie event planner.

Not that I didn't have a somewhat justifiable reason.  Just when I thought I was finally coming down from everything that happened the night of the Gala, Carter showed up.  Then Trent showed up. My shit show love life took precedence over every logical thought I once had in my head. That was until I realized someone was stalking me and now possibly involved in the murder of a man I went on a date with.  If this is what it was like to have a full plate, I needed to start a diet as soon as possible.

My head was still spinning.  I hadn't had a moment to myself and it was starting to affect me.  My current company excluded, having a body guard up my ass twenty-four-seven was really cramping my style.  I knew that I needed one to be safe, but I'd always been a do-as-I-please kind of girl.  Now I was asking permission to use the restroom in my own hotel.

“Where are we going?” he asked, pulling my body to a halt. The guard tasked with keeping tabs on me believed I was still in the inside ballroom, so I needed to move fast if I wanted a moment alone with Carter.

He brushed up against my side and firmly planted his lips on my neck before kissing up to my ear.  “God, you smell amazing,” he whispered, before a bellhop turned the corner catching us both by surprise.  We both straightened up as if we weren't about to rip each other's clothes off. The sexual tension had been building between us since our last encounter, unfortunately, time or convenience hadn't been on our side. Both of us had been swamped with work and conflicting schedules. Stolen kisses and the occasional embrace were all we'd managed to work in over the last few days. Not to mention, any time he did stop by my suite, the thought of a bodyguard sitting outside my door and knowing exactly what we were doing kind of killed the mood. Today was different though. Today I was making it a priority to get some quality time with him. 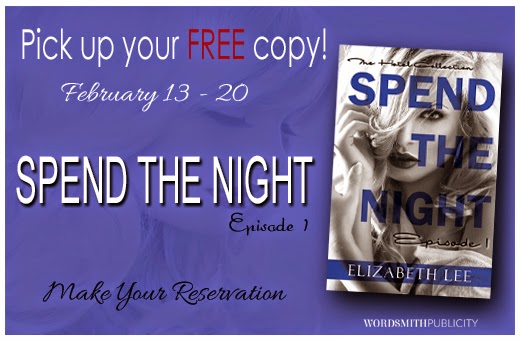 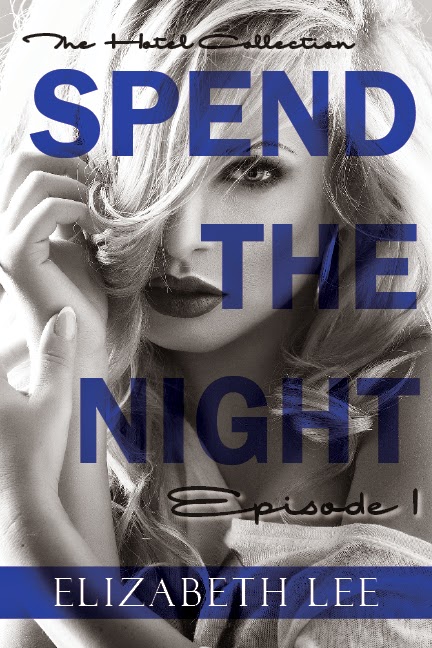 Welcome to The Wellesley-Crawford...
Hannah Wellesley has spent her entire life running the halls of her family-owned hotel, the infamous and opulent Wellesley-Crawford. Noted as one of the city's richest, most luxurious hotels in Chicago, the WC is what Hannah has devoted her life and career to. 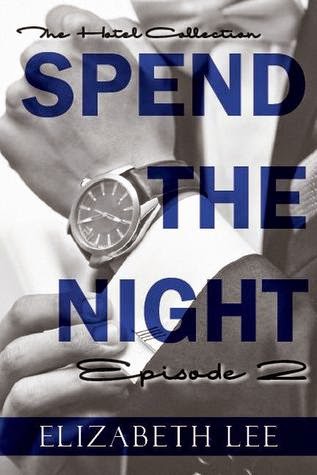 Two men vying for your attention—seems like every girl's dream come true. For Hannah Wellesley, the dream has become a nightmare. As she continues to navigate her feelings to determine which man she truly belongs with—the first love who’s become her current business rival or the enticing new chef who’s testing her sexual limits at every turn—a new set of problems presents itself. One that includes a breach in hotel security that has her fearing for her own safety and the reputation of the Wellesley-Crawford.

Soon she finds herself playing a dangerous game of cat and mouse that might just cost her everything she’s worked for—and maybe even her life.