Whisper To Me by Christina Lee 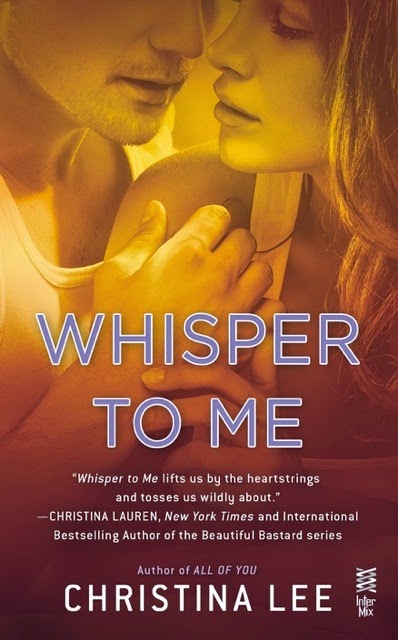 At college, Rachel has a reputation for being a sarcastic flirt with a thing for star athletes. No one at school knows that she’d had her heart ripped to shreds by her high school sweetheart, who’d driven them both off the side of the road on a borrowed motorcycle, and then abandoned her. No one knows the real Rachel Mattson—except one person…

Ever since he helped nurse his sister’s feisty best friend back to health, pierced bass player Kai Nakos has been head over heels in love. But the supposed bad boy can’t risk letting Rachel know the truth—especially now that the two of them are back in their hometown for the summer, together for the first time since the months following that fateful night. Never mind that Rachel’s ex is back, groveling for her forgiveness.

Shaken by her ex’s return, Rachel finds herself turning to the one guy she knows she can trust. Kai is willing to hide his feelings for her, just to have Rachel touch him again. After all, this is only a temporary fling. Until it becomes something more. But maybe it had been more all along. 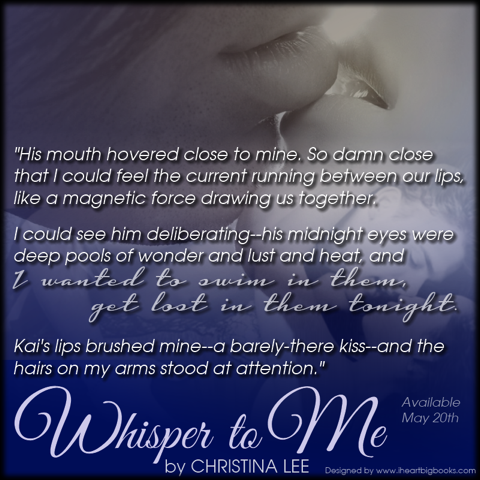 I padded to the kitchen and reached for a glass, unsure if Kai was even awake. As I turned
the faucet on low, I heard it—the soft hum of his bass. My heart leapt in my chest. I didn’t know

what the hell I was so anxious about. But the anticipation of seeing him, just talking to him alone,

had revved my pulse to a feverish tempo.
But maybe he didn’t want any company tonight.

I wandered over to his door, unsure of what I’d say or even if I’d knock. Instead, I stood

motionless, listening to him play. It was a low and drowsy strum, and I swayed against the wall,
my senses dulled. During a longer pause, my knuckles tapped once and then twice against the

papers rustling, and then the door slowly creaked open. Kai stood in front of me with his hair
hanging loose at his shoulders. He had on those obscenely tight gray skinny jeans from earlier

My gaze followed the line of his neck, across his shoulder, to the muscular biceps propping
the door open. I spotted the set of free weights resting beneath the stand of his bass. He’d

definitely been working out in the three years since I’d last seen him. He wasn’t overly muscular

like some athletes I’d been with, just lean and fit.
My gaze tripped over to his sculpted pecs and landed on his nipples. His pierced nipples—

that seemed to harden at my perusal.

Fuck, that was hot. Since when did I think silver hoops dangling from a guy’s nipples were
sexy? But on Kai, they worked. Like fruit waiting to be plucked, they hung above the trunk of his

sculpted abdomen, while a smattering of fine hairs branched from beneath the button of his pants.

Hot damn.
“What’s up, Rachel?” He swallowed thickly. “Did I wake you?”

“Yeah, me neither.” He moved aside to allow me to pass into the room. “I was trying to be
quiet.”

“Actually, most of the time your music lulls me to sleep.”

“Yeah?” he said in a low and gruff voice. “Is that why you’re here—so I can put you to

“No, you ass.” I grinned. “Well, maybe.”
When his eyes turned dark, I mumbled, “Just kidding.”
Posted by CherryRed's Reads at May 05, 2014
Email ThisBlogThis!Share to TwitterShare to FacebookShare to Pinterest
Labels: Upcoming Books