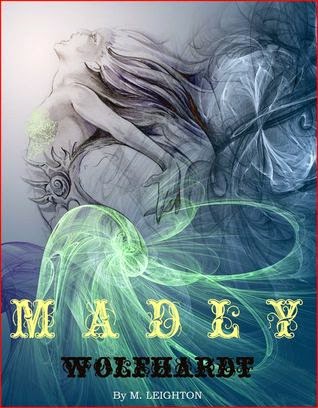 Madly is your average nearly-eighteen year old girl—for a princess, that is.


Madly James is thoroughly enjoying her internship in the small town of Slumber when the unthinkable happens—there’s a prison break in Atlas, the magically-protected home of Madly’s race. A traitor has set free eight Lore, the spirits of what humans know as fairy tales, and they are making their way to Slumber to awaken their descendants.


The first spirit to arrive is that of Ulrich Wolfhardt, a man that was once obsessed with wolves and a young maiden he would follow through the woods. After a bite from a wolf, Wolfhardt’s obsession with the girl became an unnatural hunger and the young maiden’s grandmother cursed him with a fate worse than death. And now he’s back…with a vengeance and a bite that can infect others as well.


Madly must learn the identity of Wolfhardt’s descendant and stop him before he kills again and spreads his curse across the earth. But the only person strong enough to help Madly is Jackson, the Sentinel who vowed to protect her and the one person capable of breaking her heart. Can Madly resist forbidden love long enough to save the world from Wolfhardt? Or will she have to sacrifice her heart and her destiny to save the ones she loves? 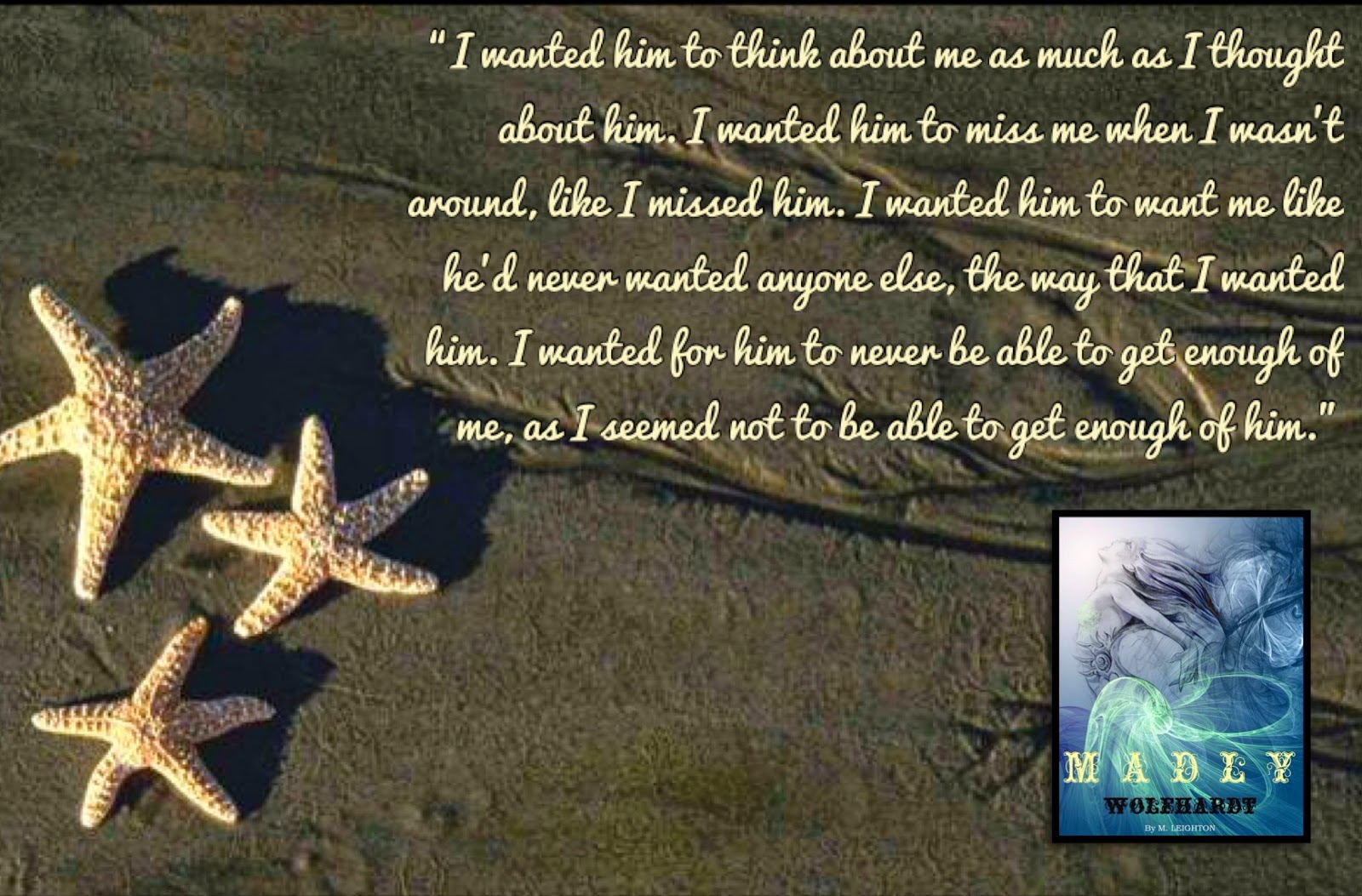 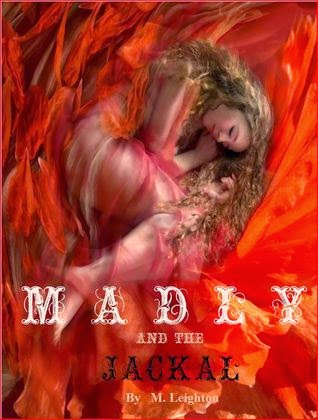 
Following their plan to save Atlas, Madly and Jackson return the spirit of Wolfhardt to his prison beneath the sea. But even the best laid plans couldn’t account for the surprises they find. This time, Lore aren’t their only challenges.


Madly is special in ways no one could have guessed and dark forces seek to control her. They want her power, but first they must weaken her. They need her beaten. Vulnerable. Near death. And alone. But that task isn’t an easy one with Jackson at her side. The strongest of their kind, the only way to separate Jackson from Madly is to destroy his love for her, to erase it from his mind. And his heart.


Is it possible to steal Jackson’s love from Madly? Or is their love the only truly unbreakable thing? 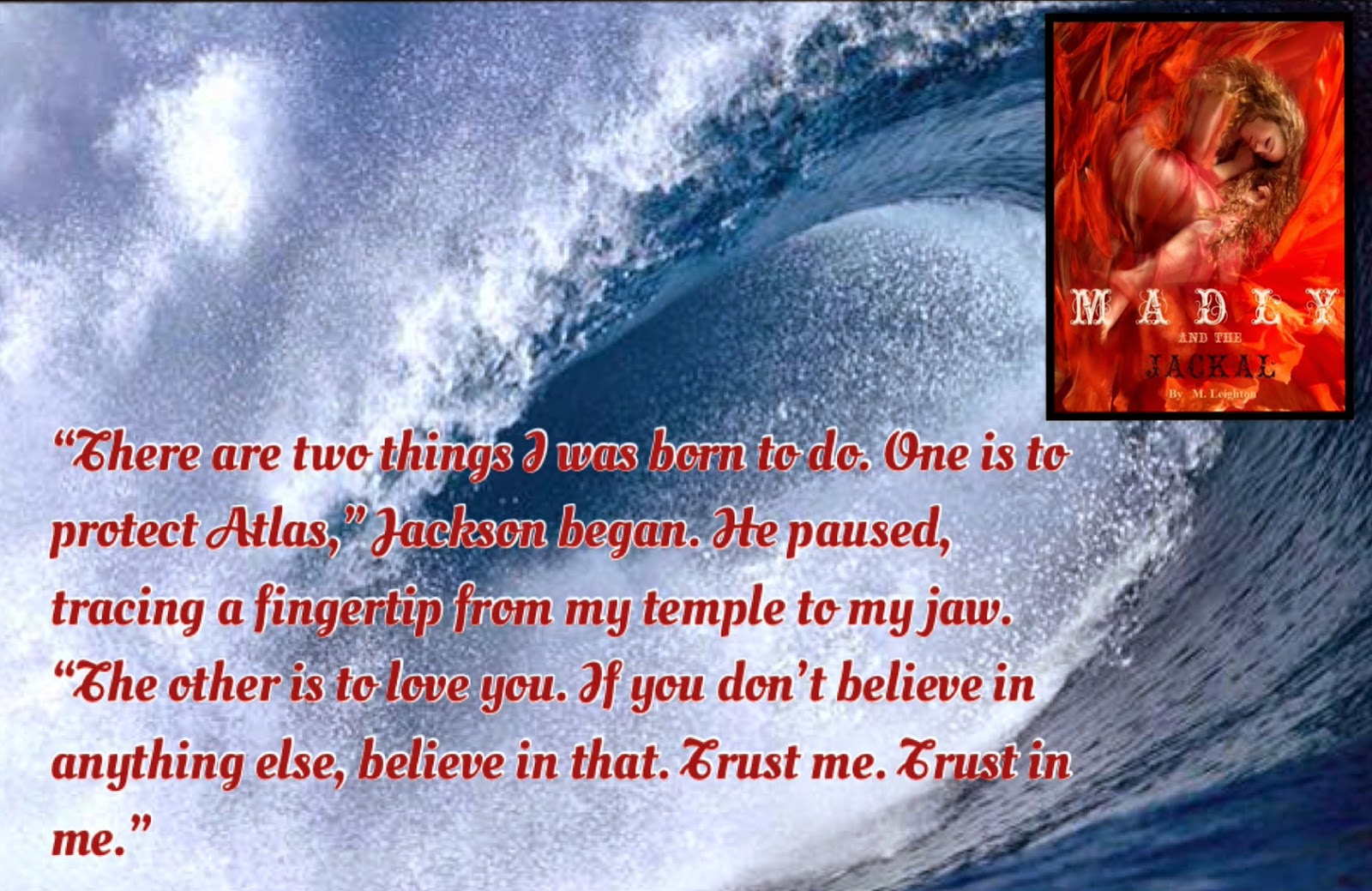 GETTING TO KNOW MADLY...

Q:  What are your favorite foods?
A:  I love lasagna.  And pizza.  Anything with cheese really.  That is one of my favorite things on dry land—cheese!
Q:  Anything else?
A:  I also love strawberry shortcake.  Oh and popcorn.  Especially the kind you get at the movie theater, you know with all that fake butter.  I love that stuff!
Q:  What’s your favorite color?
A:  Purple.  Any shade. I just love purple.
Q: What are you favorite activities?
A:  I love hanging out with Jersey.  She’s my best friend, of course, but she is so genuine and so entertaining.  Honestly, you never know what might come out of that girl’s mouth.  And she loves adventure.  We used to stay in trouble when we were kids, when she could talk me into pretty much anything.  Of course, I used to talk her into doing stupid things, too.  I guess we’re even.
Q:  Anything else?
A:  I like watching old movies.  We don’t have movies in Atlas, so it’s something I enjoy about dry land.  I also really love just sitting on the beach at night and listening to the waves crash against the shore.  That’s something I’d never heard before my first trip to dry land and, even then, I didn’t really get to sit and listen to it very much.  Now that I’m in Slumber, that’s something I found that I really enjoy.
Q:  What kinds of things did you like doing in Atlas?
A:  Swimming with blue whales was always something I found relaxing when I was allowed outside the shield.  Oh and chasing an octopus.  When I was little, I’d try to scare them and make them ink.
Q:  What’s your mission?
A:  My mission?  You mean other than to sneak up on Jackson?  (laughs)  That’s one thing I am determined to do one day.  I just haven’t quite figured out how yet.
Q:  Speaking of Jackson, what is your favorite thing about him?
A:  There are a lot.  And I mean a lot, but oddly enough, one of my favorite things about him is the one that usually poses the biggest problem for us.  I love that he is a Sentinel through and through.  His dedication to Atlas and to the Mer is something that he lives and breathes every day of his life.  He would risk anything for it.  For us.  I admire his selflessness.
Q:  What’s your favorite weakness of his, then?
A:  Me.  I know how much he must love me to ever make Atlas or our people his second consideration.  Knowing that changes my life.  Every day. 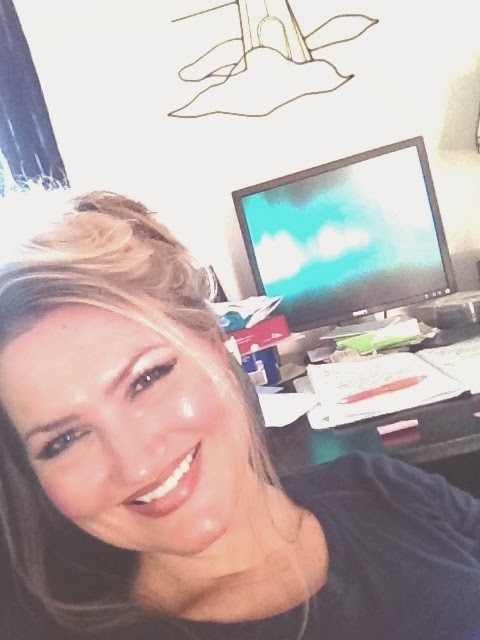 New York Times and USA Today Bestselling Author, M. Leighton, is a native of Ohio. She relocated to the warmer climates of the South, where she can be near the water all summer and miss the snow all winter. Possessed of an overactive imagination from early in her childhood, Michelle finally found an acceptable outlet for her fantastical visions: literary fiction. Having written over a dozen novels, these days Michelle enjoys letting her mind wander to more romantic settings with sexy Southern guys, much like the one she married and the ones you'll find in her latest books. When her thoughts aren't roaming in that direction, she'll be riding wild horses, skiing the slopes of Aspen or scuba diving with a hot rock star, all without leaving the cozy comfort of her office.

ENTER the rafflecopter below to have a chance to be one of 4 WINNERS for this ebook series giveaway!!
a Rafflecopter giveaway

Posted by Unknown at May 07, 2014
Email ThisBlogThis!Share to TwitterShare to FacebookShare to Pinterest
Labels: Minx Promotions, Promo Blitz