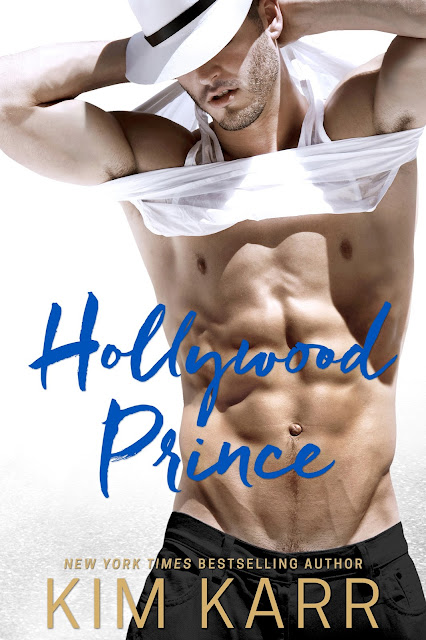 Synopsis:
Brooklyn James should know better.
Born into Hollywood royalty, the brooding prince has a reputation as being a player. A manwhore. A womanizer.
Adoring fans are his thing.
His best friend’s little sister is not.
Even thinking about her the way he is isn’t cool.
Not cool at all.
And yet every time she pouts those sexy lips at him, she turns him inside out. Makes him harder than he’s ever been. Drives him to the brink of insanity.
Amelia Waters has always idolized her big brother, and the last thing she wants to do is disappoint him.
Falling for her brother’s ex-roommate is off-limits.
She knows this, but she can’t help herself.
The way Brooklyn looks at her with those smoldering blue eyes makes her wet in an instant. Turns her into a shivering, shaking mess of sexual frustration. And soon the idea of spreading her legs for him is the only thing she can think about.
She wants him.
He wants her.
When they finally decide to give in to their insane attraction, they agree it will remain between them. That their illicit affair will be short-term. No strings. No baggage. No messy ending.
But when the first night of mind-blowing sex leads to another, and another still, how long can the endless hookups go on before Amelia’s brother finds out? Or worse yet, before feelings develop?
Brooklyn and Amelia know they need to walk away from each other before either of those things happens.
The problem is doing it.
Talk about a mess.
Hollywood Prince is a sexy, standalone, contemporary romance about a bad boy and the off-limits girl who steals his heart.
Add to Goodreads:  http://bit.ly/2fLQLnI

Pre-Order Links:
iBooks: http://bit.ly/AppleHollywoodPrince
Kobo: http://bit.ly/KoboHollywoodPrince
About the Author:
Reader * Writer * Coffeelover * Romantic
Kim is a daydreamer. So much so that if daydreaming could be a hobby it would be her favorite. It's how her stories are born and how they take root. An imagination that runs wild is something to be thankful for, and she is very thankful. :)
She grew up in New York and now lives in Florida with her husband and four kids. She's always had a love for reading books and writing. Being an English major in college, she wanted to teach at the college level but that was not to be. She went on to receive an MBA and became a project manager until quitting to raise her family. Kim currently works part-time with her husband and with the rest of her time embraces one of her biggest passions--writing.
Kim wears a lot of hats! Writer, book-lover, wife, soccer-mom, taxi driver, and the all around go-to person of her family. However, she always finds time to read.
She likes to believe in soul mates, kindred spirits, true friends, and Happily-Ever-Afters. She loves to drink champagne, listen to music, and hopes to always stay young at heart.
Connect with the Author:
Amazon: https://amzn.to/1ZV7YbJ
Facebook:https://www.facebook.com/AuthorKimKarr
Twitter: https://twitter.com/authorkimkarr
Website: https://www.authorkimkarr.com