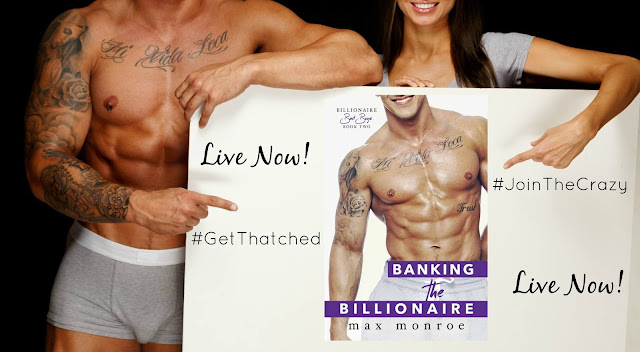 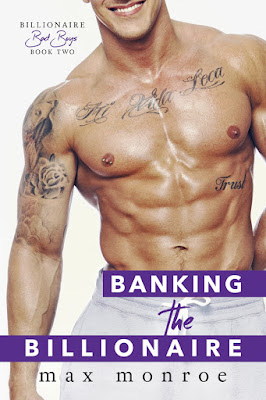 
With a thriving photography career that allows her to travel all over the world and capture the hottest of men behind her camera lens, Cassie Phillips is the woman who can’t be tamed.

Adrenaline-junkie. Jokester. Billionaire. Hot-as-sin.
At six-foot-five, with muscles for days, and that perfect playful smile, Thatcher Kelly is the kind of man you don’t want to deny.

Wild for wild.
Prank for prank.
The two most unlikely of people may be the only ones to see that some personality traits only run skin deep.

Uncensored. Hilarious. And too damn hot to put into words.
Grab a fan and get ready for one hell of a ride because when the opposite of opposites attract, things are bound to get a little messy.


The CDC has been notified of the infectious nature of Cassie's craziness, siting her first case of full transmission to Thatcher Kelly. Measures should be taken to counteract its fast regeneration cycle, but avoiding the book is not recommended at this time. The Epilogue is the only known antidote.

I recognized the need to forget all the details and just concentrate on what I knew. And I knew how to eat a f*cking p*ssy.
The secret was simple.
It was never, ever the same.
It could be the same woman, the same day, the same f*cking session, but a woman’s p*ssy is a special kind of woman. She’s picky but f*cking generous, and she gets off on all kinds of wicked sh*t, but her biggest turn-on is variety and a good sense of mood.
I did my best to listen for Cassie’s cues, her moans and whimpers and the speed of her breath. Did she need it faster or slower, and was the pressure just right? The answer was never consistent, and I f*cking loved it. Every time I earned a reward through the curl of her toes or a squeeze of her knees, it made me work harder. 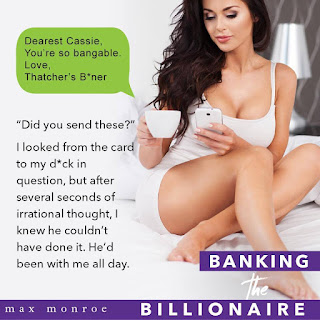 I think I said Thatch's name more times than Crazy pants herself  Cassie!

Thatch.... yes this man has trumped over some of my serious book boyfriends in the name of Romances!

Seriously did not think he could surpass some of my favorites but he totally did.

I was laughing so hard and loving it soo much how him & Cassie were so equally stubborn with one upping each other in their games of who can do it better.

And do it better, Thatch wins!

He is a big alpha, romantic, has the body of a Roman God who can keep up to Cassie's stubborn, hard edge personality which keeps both of them on their toes.

And what does Thatch actually do when it comes to his many jobs?

Tehee, this story really grabbed my cherries and gave them a big gushy loving squeeze!

Seriously it is a HUGE ROMANCE (Thatch has a lot to do with it because he is actually HUGE) filled with comedy, some angst, some drama and straight up HOT sex that will have you wanting your own Thatch in your home to complete you!

And one more thing: PHIL!!!

He stole some of the cuteness from Thatch and Cassie.

He is my favorite of all PET animals in this series so far.

Max Monroe does it again!

I am already guessing what they will come up with next with Wes's story!