I was happy in my small town. In my life as a single, thirty-two year old woman. I had a good job, wonderful friends, my independence.


I also hadn't got laid in three years. Hadn't been on a date in two. Had stopped counting calories and wearing makeup... a while ago.


Then Brett Jacobs waltzed in. Caressed my thigh, dug rough fingers into my hair, lowered his soft mouth to my skin, took sexual control of my mind and stirred it all around with what he packed in his pants. He flipped my quiet life upside down and crawled into a place in my heart I thought was dead.


The issues?
His secret.
Her.
The fact that I don't even know she exists, and he thinks she's dead.


Everything is about to hit the fan and I can't hold on to him tight enough.

WOW!  I loved this book!

I had been waiting for this book since last year and it was totally worth the wait!

This review was hard to write because if I say too much it will ruin it & I don't do spoilers so you are safe to read on!

Twisted, steamy, and just the right amount of WTF moments that I expect from Alessandra Torre's books!  She knows how to blow your mind!

You want to read a book that is not what you think it will be, this is the book for you!

It has everything!  Romance, mystery, hot sexy scenes that have you squeezing your thighs together to keep yourself composed.

Brett & Riley meet while she is on a bachelorette trip with her friends and they both fall for each other hard.  It starts off sexual but then it starts to turn into a long distance relationship.  Brett is a wealthy boat man but Riley starts to become suspicious of his actions when she notices things can't be happening to her so perfectly.  Really can a relationship be this good and not have problems?

You will have to read on to find out what happens!

POV from both Riley & Brett while reading this story & there is a third person who I did not figure out who it was till 3/4 into the book!  IT was a crazy good mystery!

I liked how the story flowed into the conclusion of why Brett's past has made his present with Riley so difficult.  It wasn't easy to figure out what he was doing but when you find out what it is, you will be shocked!

I still can't believe what it was!

Go get this book and Find out why you will take a TIGHT grip of this book while you read it!  You don't want to miss out! 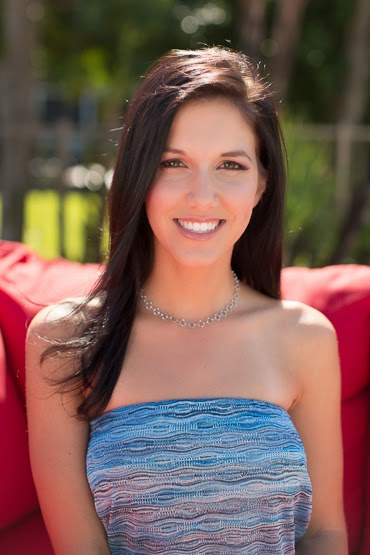 From her home near the warm waters of the Emerald Coast in Florida, she devotes several hours each day to various writing projects and interacting with her fans on Facebook, Twitter and Pinterest. Happily married and with one son, she loves watching SEC football games, horseback riding, reading and watching movies.

Torre has four books slated for release in 2015. To stay informed, consider subscribing to her popular monthly newsletter!